The Master’s House is part of the St Katherine’s Hospital complex, one of the most important surviving medieval hospital sites in the country. Hospitals like this were fairly common in the Middle Ages, but few have been retained in their entirety.

In the Middle Ages, ‘hospital’ didn’t mean what it does today. St Katherine’s was something like a cross between a church, a hostel and a soup kitchen. It stood right in the centre of town, amidst all the hustle and bustle of everyday life, offering hospitality to the needy, pilgrims and other travellers.

St Katherine’s Hospital was founded in 1231 by Bishop Hugh Foliot to provide for the spiritual as well as the material well-being of the poor and the aged, the sick and the distressed, travellers and pilgrims.

A small group of men (and women from 1238) called ‘brethren’ looked after poor and needy local people by giving them ‘alms’ (food, shelter and care).

The hospital was housed in St Katherine’s Hall and Chapel.

The Master and brethren lived, worked and prayed together, their beds lining the north and south sides of the hall, so that even the sick and bedridden could share in the prayers in the chapel at the east end of the hall. Today the Hall and Chapel are separated by a wall of cupboards, containing tables and chairs used for community events in St Katherine’s Hall and generously lent to The Master’s House for some events.

Today, St Katherine’s Hall is a Community Hall. St Katherine’s Chapel is in the parish of St Michael’s Ledbury, falling under the jurisdiction of the Diocese of Hereford. The Chapel is used used every week for communion services and for other occasional services.

In the 15th century, the Master removed himself from the dormitory and hall to live in a newly completed mansion house, known today as The Master’s House. There have since been extensive additions to the north and west of the building. The principal facade to the south was rebuilt forward of the line of the original hall and service wing in the 18th century.

The magnificent Great Hall is the heart of The Master’s House. It was built to impress, and it still takes your breath away more than 500 years later. This is where the masters of St Katherine’s Hospital dined, carried out hospital business, and entertained their guests. The Great Hall had an eventful history in the 20th century. During World War II it became an office for the Ministry of Food, and after 1977 it was used as a doctor’s waiting room!

The first almshouses on the site were in a timber framed structure 80 feet long and 19 feet deep according to measurements taken on 31 October 1798. Edward Cowper’s men were repairing them 100 years after the mansion house was built, but we don’t know if they were built at the same time as the Master’s House. They were demolished in 1821/2, and the ones that we see today were built.

The hospital was set among a range of service and farm buildings and was the centre of a considerable estate which by the 1300s owned estate lands around Ledbury in excess of 1,600 acres.

In the late 16th century St Katherine’s Hospital site, with boundary hedging and The Master’s House at its centre, included an array of farm buildings, an orchard, gardens and a pool, all contained within the area now used as a car park. The brick boundary walls were built in Georgian times.

The grange farm would have been largely self-sufficient in food and, in its day, The Master’s House was one of the grandest mansions in the area.

Tours of The Master’s House 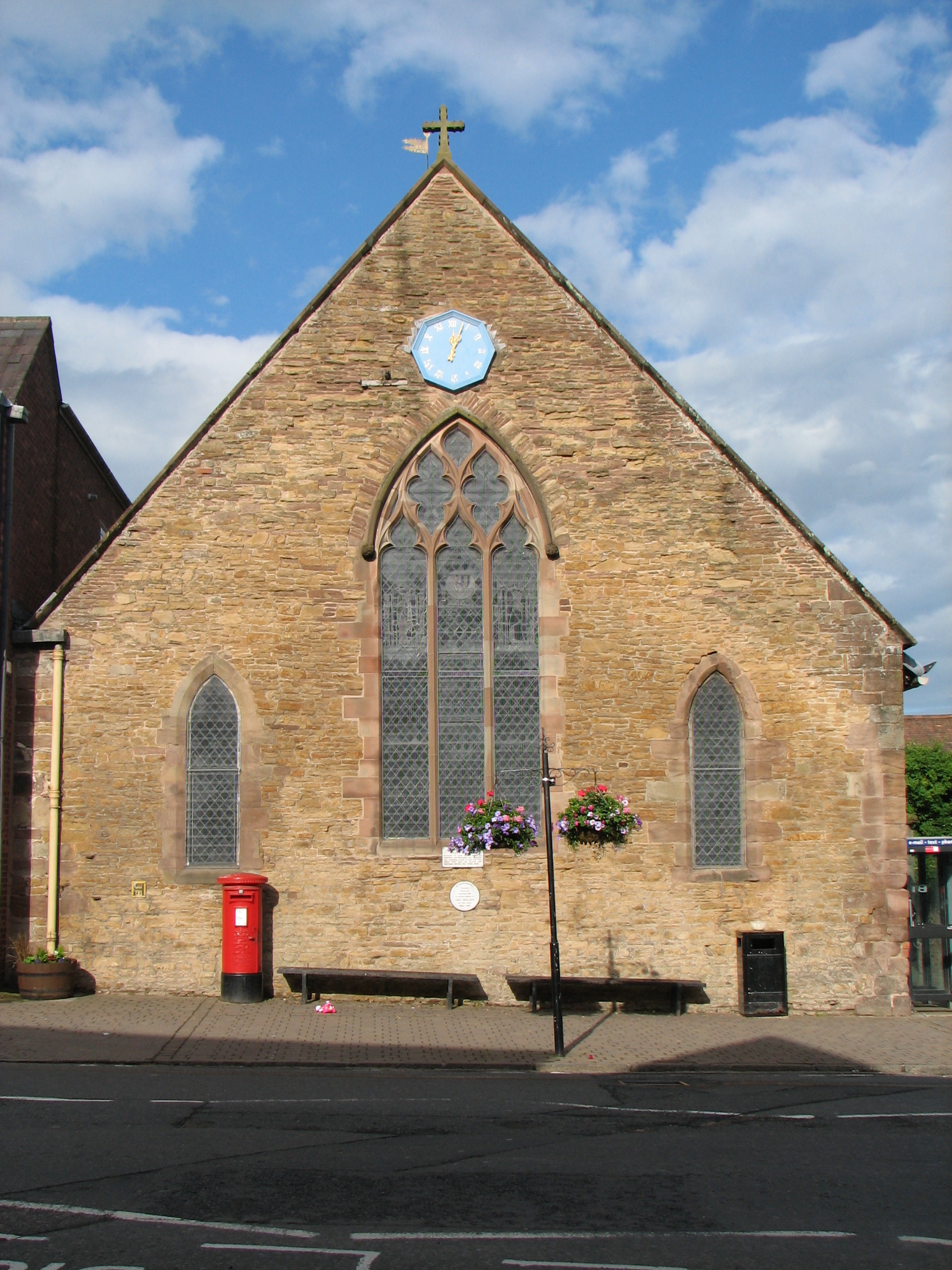 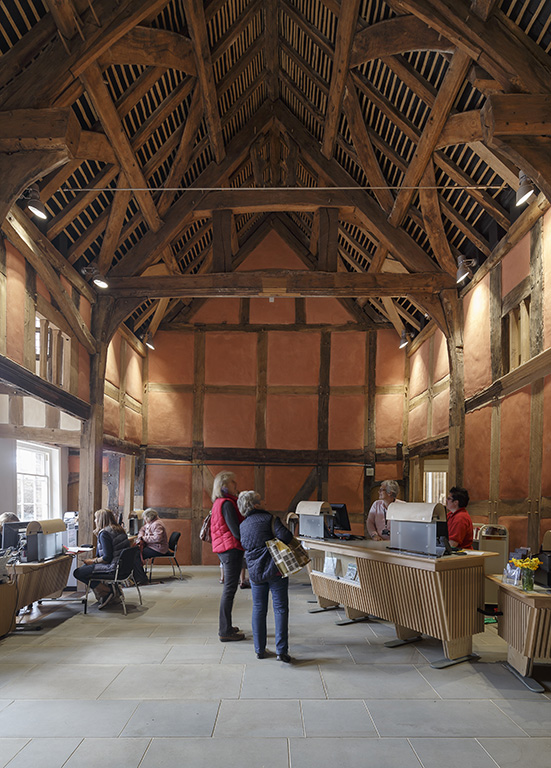 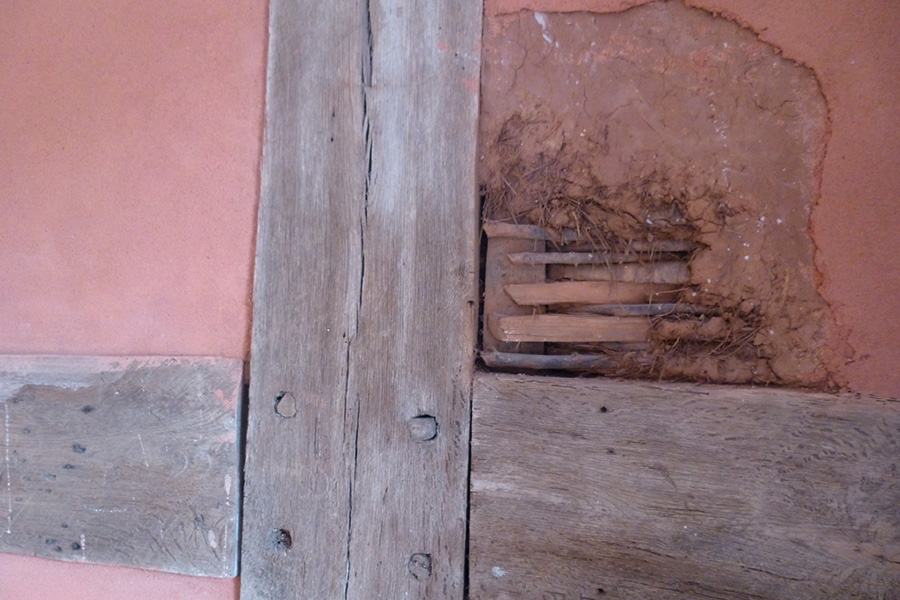 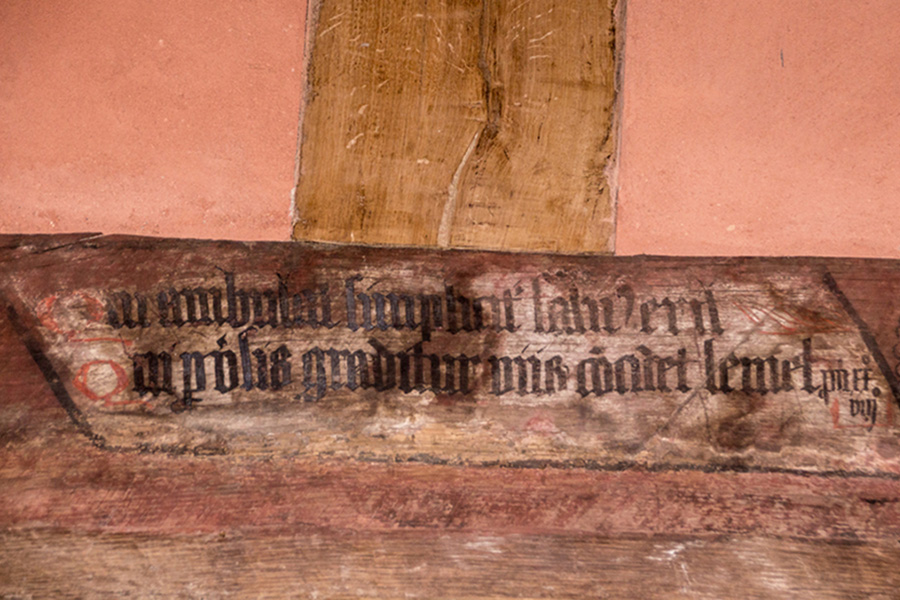